Billy and Teddy slept in the sun as time stood still around them. It was all time, it was no time. A cat’s slumber shall not be disturbed.

Until Cat Elder Ambrose arrived. The whirr of the time capsule brushed their whiskers and played with their tails. Reluctantly, Billy and Teddy opened their eyes.

“It is time for your next adventure!” declared Ambrose, emerging from the time capsule with steel eyes. He meant business.

“Have you heard of Taylor Swift?”

“Is that a bird?” asked Billy excitedly. “Is it in the garden?”

“No!” stormed Ambrose. “She is one of the best pop stars this planet has ever known! But she is in danger! She is about to make a terrible mistake! And it will impact on her future legacy!”

“Are we going to meet a pop star?” said Teddy incredulously. “This might just be my kind of adventure!”

“Yes!” confirmed Ambrose. “Taylor is going to meet the man of her nightmares. She needs you two – and yes, Marty the Labrador too – to show her how much of a mistake this man would be!”

Marty climbed out of bed as his name was mentioned. His eyes were on fire. Was he going to meet another Labrador again?

“Your task is very simple. You need to turn up in her apartment and be your usual friendly selves. This man’s reaction to you should show Taylor exactly what he is and why she is better off without him! Of course it’s time travel too. Two years in the future to be exact!”

Taylor was in a kitchen area with a large and handsome man. Marty began to bark. He sensed a non-animal lover straight away. It was like red exclamation marks in the air.

Taylor stared at the animals in surprise. “Where have these come from! But how cute!”

Marty rushed in to her arms and began to lick her.

“What is this?” roared the man. Billy and Teddy shuddered, but stood their ground. They were intrepid adventurers, after all. “Where did this mongrel come from?”

Teddy approached the man. This was his job, to cajole from this stranger his very real bright colours.

But he still did not see it coming. The man picked him up by the scruff of the neck and flung him across the room. Billy ran after him.

“How could you?” screamed Taylor. “These are just pets! They’re not hurting us!”

“I think we’ve achieved our mission,” Billy whispered to the hissing Teddy. “Marty!” he called telepathically.

As Taylor and Nightmare Man argued, the three amigos beat their escape.

Back at the house, Ambrose was very pleased. “I have looked forward in time, all is well. Taylor splits from the terrible boyfriend that same night, and continues with her record-busting career. Her future was at a crossroads: non-ending fame and fortune or ruin through a terrible partner who destroyed her life. You two have helped her pick her rightful destiny. Of course, this is all two years in the future. She hasn’t actually met you yet! But I thought you might wish to see the future that Taylor inspires. Her music echoes through the centuries, upbeat tempos that lift the spirits of the nation going forward. In the great UK depression of 2140, school children record themselves singing Taylor songs. It becomes a national trend to use her songs to get through a dark period. And then in 2270, where we are going – come on!”

They arrived at a Taylor Swift themed nightclub. Young people were dancing to the song “Trouble.” The lyrics rang out:

“Once upon a time

Found me me me

Cause they knew you were trouble when you walked in

Saved me me me”

“But … how can it be us?” asked Billy in disbelief.

“Taylor picked up some cat telepathy when she appeared in the musical Cats. After your visit, she rewrites the Trouble song to include all of you. Of course, she thinks she made up your names, but it really was cat telepathy at work.”

“So,” continued Ambrose, “her music is never forgotten. She will become the ultimate pop idol of all time, a symbol of 21st century music and a beacon of hope and joy for young people everywhere.”

Back at home, Billy and Teddy found that they could not just go back to sleep. They were in a pop song! Fame at last!

That night, as their “parents” listened to the radio, a Taylor Swift song began to play. It was “We Are Never Getting Back Together.” Billy and Teddy chased each other round the house, their version of disco dancing. Glee stroked their souls. They changed Taylor Swift’s destiny!

“What is wrong with them tonight?” asked their mum. “Perhaps they don’t like Taylor Swift. Let’s put the radio off.”

As the house became silent, Billy and Teddy finally succumbed to sleep. And they dreamt of distant days and happy music, their tails moving in time to an inner beat. For good music will last forever. 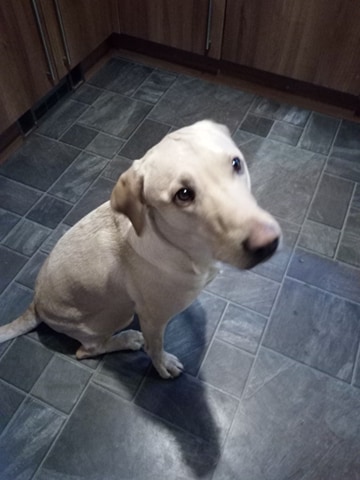