Melissa turned restlessly, holding her cross tightly to her chest. It helped her to feel a connection to Chloe, her daughter who had died of cancer last month. The metal bit her skin as she clutched it, but she did not notice. She turned over again, night-time teasing her closed eyes with the prospect of sleep. But it would not come.

Then she heard it. A scratching at the back door, followed by a frantic meowing.

Slowly she rose, her legs weary, and her senses sleep deprived. Melissa opened the back door and beheld the first winter snow, gently raining down like a promise of peace from heaven. On the doorstep, a pure white kitten shivered, the colour of snow, a winter wish come true.

Melissa swept it in to her arms, all her ills forgotten. Cuteness squeezed her heart, the spell of love stroking her soul. With a bang she closed the door on the cold night. The kitten began to purr.

She steamed some milk, which the kitten drank ravenously.  Melissa smiled for the first time in weeks, but she did not notice. She was transfixed by the kitten.

Small and dainty, with deep autumn leaf eyes, it was the perfect chocolate box cat. “You are like a ballet dancer in a white tutu,” decided Melissa. “I will call you Odette, after the ballerina in Swan Lake.”

Odette became her cherished companion. Sleep returned, laughter resumed. She truly was a gift from heaven.

“You are sent by Chloe,” murmured Melissa, holding her cross.

The winter crept slowly through snow-topped days. Odette grey bigger and to Melissa she was ever more delightful. Then spring stretched its paws as the first snowdrops appeared. Melissa went to bed one night with Odette in her arms, but the next morning she was gone.

Months passed. Melissa wrote a children’s novel about a magic kitten. Then another, and another. The Snow Kitten in DisneyLand, the Snow Kitten in space. The ideas came, and more ideas came. It was fun, and so surprising to find herself published. The legacy of the snow kitten would live on.

But Melissa would not. Decades had passed, and she was an old lady. One night, she retired to bed with bad indigestion. She did not feel well at all. As she drifted to sleep, the sound of purring filled her ears. She sat up. It was Odette, and still a tiny kitten. Melissa smiled. There would be a new book to write. The Snow Kitten and time travel.

She slowly succumbed to sleep, a deep slumber from which she would never awake. When her neighbours found her, they were surprised to find a white whisker on her pillow. They searched the house, but there was no sign of a cat.

In a house far away, a small girl cried. She was bullied at school, and her best friend had moved away. Then she felt it. Claws on her back. Stephanie looked over her shoulder. A snow white kitten beheld her, deep golden eyes answering all the questions she never knew she had. She smiled, and took the kitten in her arms. It was just as she had imagined the kitten in her favourite novel, The Snow Kitten at Christmas, by Melissa Thomas.

The kitten purred, pure love in its eyes. Its travels were over.

In another dimension, Melissa and Chloe played in heaven. One day, perhaps, a snow white kitten would join them. But not today. A perfect day, just over the horizon.

Meanwhile, Stephanie laughed. She had found her perfect day. Perhaps it would never end. Because a kitten’s purrs last forever. 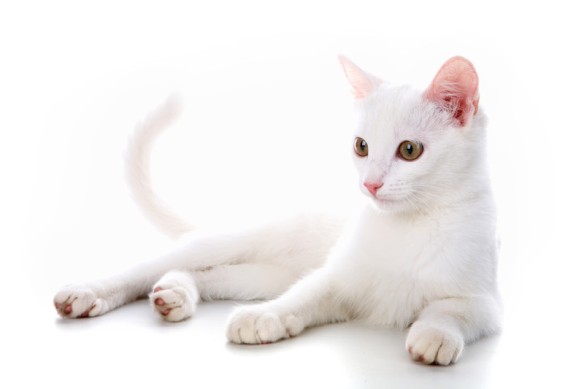