Billy and Teddy knew the ingredients of a good cat’s life: food on tap, mice to chase, and a summer house to sleep in. But there was another recipe at work in their life: Ambrose, regal Cat Elder Ambrose who turned up unexpectedly and demanded their help on important missions. Billy and Teddy did not agree that every one of their missions had been important, but that is another matter.

On this mild August summer evening, Billy and Teddy were indeed sleeping in their summer house, warm and undisturbed. Until they heard the whir of the time capsule …

“It is me!” announced Ambrose redundantly; who else would it be? “There is no time to waste. There are two frightened children who need a pair of cat heroes!”

“Fiona and Fergal, cat lovers and very lost and scared. This will be your first mission to a magical place! Have I never told you, that the magic and mystery adult humans love to add to children’s stories is actually true? There is much magic on Planet Earth after dark. As you are about to find out!”

“Where are we going now?” said Billy in his I’m so not resigned to this telepathic voice.

“No less than a magic maze! In the village of Hazelhead, many hundreds of miles away, but that’s no problem with our space capsule!”

“Are they there now?”

“Yes, no time to be lost! Fiona and Fergal are eight years young, but they will feel much older after tonight. They thought it would be fun to go out after dark to the local park to spot hedgehogs. But they are lost in a magic maze that has engulfed the park! It will not be there in the morning. And if we don’t rescue them, neither will they! They will be whisked to a Neverland type place, never to return. But with your cat psychic direction skills, you will guide them out of the maze. You will be their knights in shining fur and glowing whiskers! Time to go!”

“Ambrose, one day you must explain to us why you can’t do these missions yourself.”

“Spoilers! One day you may learn more about me, but not now. Come along, my knights in glowing whiskers!”

The space capsule took them to the edge of the maze. High hedges towered over them. It was dark, but cats have night vision so this was no problem for Billy and Teddy. “Directional antennae working?” asked Billy. Teddy consciously turned on his psychic direction powers. “Working.”

They entered the maze, moving to where they felt the children were. The hedges kept moving, confusing but not stopping them, not invincible Billy and Teddy! They ran around the shifting sides of the maze, until they finally heard the chatter of children. Seconds later they were there before them, two bewildered children hugging each other in fright. 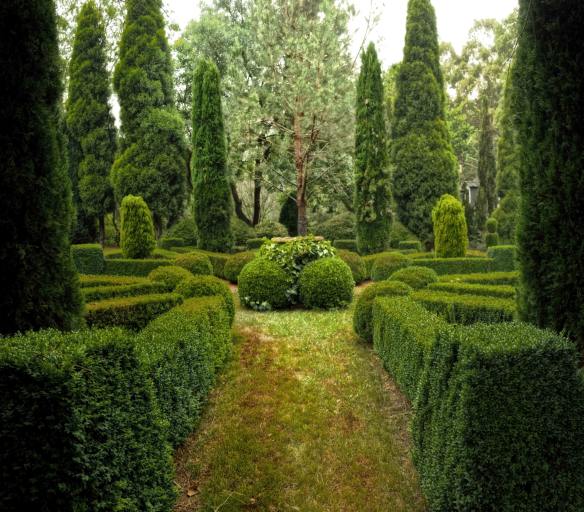 Photo by Michael on Unsplash

Billy and Teddy began meowing and rubbing around the two siblings. Their magic was greater than the maze, for no one can resist a fluffy cat, least of all scared little children.

Fiona and Fergal grinned despite their fears. A cat is magical, even more magical than a mysterious moving maze. Billy and Teddy decided to find the way out, looking back to ensure they were being followed. They were.

They ran through the changing lanes, the hedges swooshing as they moved around them. Fiona and Fergal kept up, hope lighting their dark path ahead in addition to the torches they had brought with them.

A tall figure attired in green leaves stood before them. “I am Elliot, Master of the Maze. I am here to take you to a far-off magical land, a place where all your dreams come true and where fairy stories are real! But you must stay here in the maze. It will take us all there.”

“No way!” screamed Billy and Teddy telepathically. “We are taking these children home!”

“Intelligent cats! But my magic is stronger.”

“But we can travel in time,” boasted Teddy.

“Really? You’re not Billy and Teddy are you? The famous time-travelling duo?”

Fiona and Fergal listened to what was, to their ears, a one sided conversation.

“Who are Billy and Teddy?”

“It seems some very special felines have come to your rescue tonight!”

“And we’re taking them home now,” said Billy as he growled.

“Don’t you want to see the special dreams I can make come true? Yes, for all of you including you Billy and Teddy! Wouldn’t you like a more peaceful life, no more adventures all over the world? Time to rest and play in peace, in a paradise where every day is sunny and toy mice come back to life again and again after you catch them!”

“No!” hissed Teddy. “The children are coming with us.”

A doll’s house appeared in Elliot’s arms. “Fiona, I know you wished for a special doll’s house! This one is all yours.”

Fiona laughed and stretched out her arms. The doll’s house was so large it hid her face. But her delighted chuckling could be heard if not seen.

“And Fergal, here are some football boots for you!”

“That’s enough!” shrieked Billy. “They can have the toys, but we’re taking them home now.”

“Okay, you can take them home, but only if you return here and come with me! Such wonders I can show you! There are many in my land who would love to meet Billy and Teddy, famous cat conquerors! What do you say?”

Billy and Teddy looked at each other. “What would Ambrose say?” muttered Billy. “He never need know!” rejoined Teddy. “We have a time machine! We can take as much time as we like!”

They stared in to Elliot’s eyes, but picked up no danger. Only laughter and joy.

So they escorted the children home, following them through the dark streets and then rubbing around their legs in goodbye. As the children opened their front door Billy and Teddy slowly retreated. “No! Come with us!” beseeched Fiona.

However the cats could feel their new adventure calling them. They hurried round the corner, the night a cloak around them as they disappeared. Fiona and Fergal stared after them. Fiona picked up her doll’s house, and entered the house. “I think we will see those two again.”

“I know,” said Fergal. “I believe when we see them again, there will be more magic. Bigger than these presents, bigger than anything we have ever known.”

Billy and Teddy found the maze once more. Elliot was waiting for them at its overgrown entrance. “I knew you would come back. Curiosity is after all a cat’s weakness.”

Billy and Teddy looked at each other. Were they doing the right thing?

A wind swirled around them. They shivered as the cold night sky stared down with no feeling, only deep darkness that hid unknown secrets. Perhaps they would find out a few secrets tonight.

“We are ready,” said Billy simply. They stepped in to the maze, as it twisted and danced around them. Magic kissed them with a silken mother cat tongue. Despite themselves, they purred. For cats can never resist magic. They closed their eyes. When they opened them, it was like every dream of theirs had come true at once. They began to purr in earnest. In fact, they might never stop purring …

1 thought on “Billy and Teddy and the Magic Maze”