Grief was his gaoler. Weeks had passed as time forgot, unlike Hamish’s pain, stuck to his soul like a leech, feeding off unshed tears.

The sun kissed the daisies, each flower containing a secret slice of light.

Tilly had been his best friend, sibling and soulmate. Each day she tenderly licked his fur, her own black body glowing in reflected love. They frolicked outside, chasing leaves in the wind. She was his always ally, until that one day she was there no more, a leaf that had blown too far.

Yellow and white mixed in a mirage of hope.

Alone, the garden was devoid of delight. He lay slowly down, staring soullessly at the daisies in the grass. Still and silent, they possessed a face of yellow joy, a home to hope. Or so he thought, mesmerised by their quiet magic.

Dreams were born in a star of yellow, as fantasies unfurled under the sun.

A day later a new cat appeared in the garden, tortoiseshell and white with wide golden eyes. She ran up to him, sniffing his nose. “Hello, I am Daisy.” A flicker of light licked at his heart, hope in the cup of sorrow.

The daisies whispered in the wind, a soft song unsung, a memory half erased.

Each day she came, and each day the flame in his heart grew stronger. Hours hurtled by, as happiness licked his insides with fire.  But one day he awoke from a deep slumber, and realised he had dreamt of Tilly. It had been so long now since he had thought of her. Guilt crept in to his gut.

The daisies opened in time to the sun, as they had done since time began, as they would do for many happy everafters. Their silent song purred in the dawn, but there were no cats to hear.

A noise came from below – was that a meow? Ears alert Hamish crept downstairs. There was a new cat in the house. Glowing ginger in the early morning light, sitting in the window and drinking in the sun’s rays as if he was a cloud in the sky, keeping his rain for another day.

His name was Hugh and he was here to stay. Hamish liked him immediately, a bond of brotherhood forming as the sun lit up their hearts.

Daisies stared at the sun above, reflections of its radiance, wishes come true in their petals.

Hamish and Hugh chased leaves in the garden, rolling in the grass and purring at the sky. They did not notice the daisies, silent audience to their glee.

One day Hamish awoke in the morning and thought of Daisy. It had been so long now, she had not come in weeks. He had forgotten her. Guilt pricked his heart, Daisy a song in his mind. Then the tune finished and his memories melted on the winds of tomorrow.

The daisies danced in the wind, quiet dreams in their hearts. It was all time to them, and no time, recall and regret a distant music in their collective heart. The sun kissed their golden centre, and for one moment happiness ruled the earth.

One daisy did not dance, golden heart like the eye of a cat, petals feeling the air like whiskers. A mute memory burned in her heart, and then was gone. The sun stroked her soul. Time stood still as the future unfurled in yellow and white. 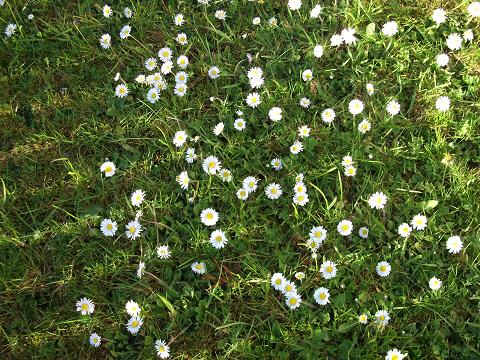 “A cat rubs against people not only to be affectionate but also to mark out its territory with scent glands around its face. The tail area and paws also carry the cat’s scent.” 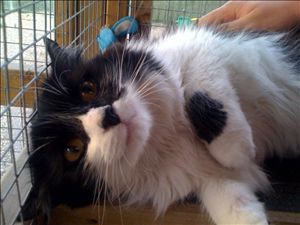